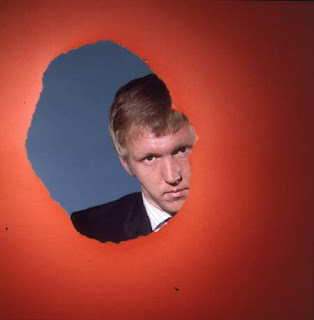 Who is Harry Nilsson (And Why is Everybody Talkin' About Him)? is a film by director John Scheinfeld that examines the life and influence of singer/songwriter Harry Nilsson, who is one of famous unknown singers of the second half of the 20th century. Though he began his professional life as a banker, he went on to write and perform some of the best known songs of the 60's and 70's, including "Everybody's Talkin'" and "Without You". His influence was so great that he was The Beatles' favorite singer, and eventually became close friends with Ringo Starr and John Lennon.

Scheinfeld presents Nilsson's story through photographs and television clips, and there is a running narration by Nilsson himself, who died in the 1990's. A number of musicians, colleagues and what seems to be a million attorneys are also interviewed, filling in the gaps of the story of an elusive life, though he was in the public eye for a couple of decades. I spent a lot of the film going, "Oh, he did that song"; he was really talented and it's easy to see why he was so influential.

Though I admittedly really had no interest in the subject matter, I'm a sucker for a good documentary, so I had an open mind going into this film. Scheinfeld did a decent job using the materials he had, and there were certainly a plethora of people who wanted to step up and talk about him, but there was just too much. There were also pacing problems, and it seemed like I was sitting there for well over two and a half hours, so I was pretty surprised when I discovered that the film was just under two hours. Though I can certainly enjoy and become enthralled with a film when I don't know about or have an interest in the subject matter, I think that I would have had a little more patience with Who Is Harry Nilsson? if I cared, even just a little. It was just a bit too niche for full mainstream appeal, I think.